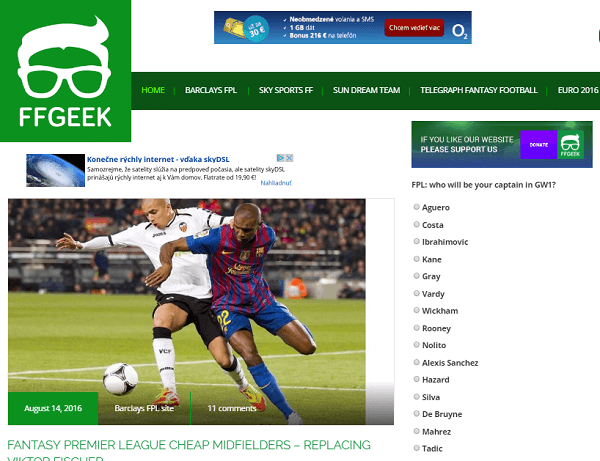 In the recent development, fantasy football geek has introduced the Euro 2016 fantasy football tips. This awaited event was going to take place in France as from June 2nd till the end of the month.

In this, he has already created two separate leagues, with the league code for the McDonalds competition being 22771LCL while that for the Telegraph fantasy being 8110228. However, you will have to part away with £3 to join the Telegraph League, an amount that you can pay through Visa Card, Master Card, and PayPal. 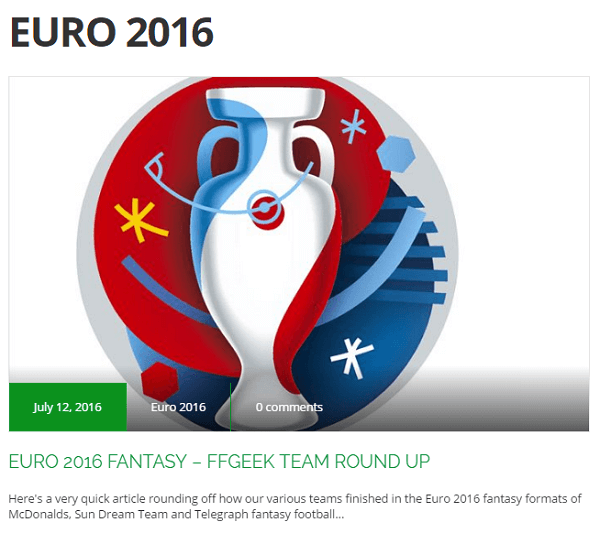 He will also analyze some of his teams and other teams that the Fantasy Football Geeks shall have so that he keeps you updated on any team injury or news that may come in due course of the competition.

There is also the Barclays fantasy football geek preseason analysis. This section is usually divided into various subsections and will cover up to 10 teams that are in the EPL. He analyses every club's Fantasy Premier League players of interest as well as the possible game week one line ups. 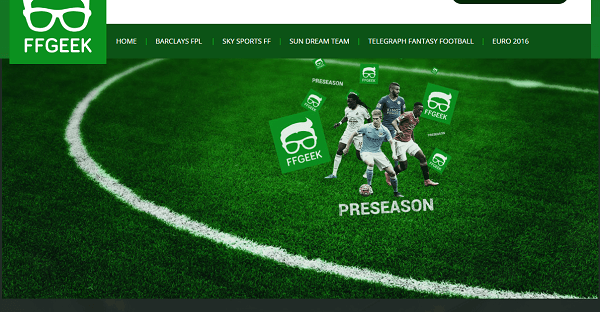 He also looks at every team's six first fixtures of the season and advises on what you should do. Additionally, he has the various codes for the various Fantasy Premier League competitions. This section is usually helpful as it helps players discuss on the possible lineups of the first games.

To keep you up to date on the various team news, especially suspensions, the Fantasy Football Geek Blog has the news section. This section mostly focuses on keeping you to tabs with the fantasy premier league suspension news and players who are one card away from going into suspension. 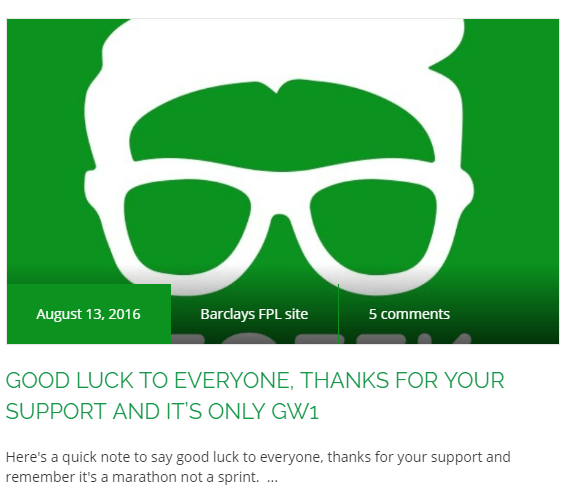 Usually, players who have more than ten cards are suspended from participating in three consecutive matches. 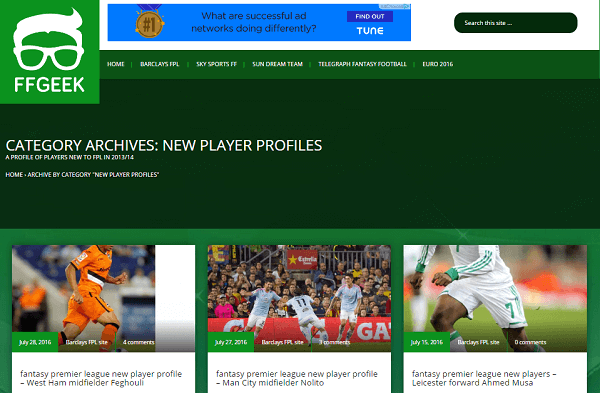 If the players have exited from an English Premier League team, the Geek looks at the implications and how or what the team has done to cope with the void created.

The ownership of the team – he advises the fantasy players on the importance of ownership. He gives you the idea of what you should be looking for when owning a team and what criteria you should be using when picking your players. He also gives a few tips on what you should avoid when creating a team.

Structure and formation of the team – this is another focal point for any fantasy team. In this section, the geek advice you on which formation you should use and when to use it. He advises you on which players to choose as well as the positions they should play for the best performance.

The Captain Choice – A captain can build or destroy you when it comes to the various competitions. In fact, he is the most important player when it comes to fantasy football as he contributes the most number of points to your team. It’s for this reason that the fantasy football geek ensures that he’s given you up to date tips on the correct way of selecting a captain.

Wildcard – the wildcard usually helps you in times of need. Times when you have your team wrecked with injuries, and you have very few opportunities of making transfers without being deducted points. Consequently, the Geek will advise you when you should pull the wild card to use it.

Double Game weeks – the double game week’s section mainly features tips on how you should make a selection when a team has more than two matches in a week. Usually, this happens around Christmas time and when teams have lots of games in hand due to conflicting schedules.

Injuries – Lastly, the geek also features tips on how you should select your team once you have players on the sidelines due to injuries. He’ll advise you on whether to select a defender or just replace the injured striker with another striker. If it’s a midfielder, he advises you on whether or not to select a midfielder or a defender. In short, he will be advising you on what options you should consider in case of an injury crisis.