Despite being the most watched, played and sought after sport in the world, there is a shortage of what is referred to as the online football manager games. Instead, if you really want to test how good you can be as a manager against real life opponents, then there is a higher chance of finding yourself playing the browser games.

With a wide variety of games out there, I have come across so many that have very poor graphics, themes not to forget to mention the game play. I have been searching for that one game that will have everything that I am looking for in a football manager game.

Until 2011, I settled down for the Football Manager Live, but sadly enough, Sports Interactive pulled the plug on the game. By far this is the best and most in-depth game that has truly focused on online management.

This is one of the popular online football manager games out there and was probably among the first games to carter for the football manager fans. The game was released in the year 19997 and is a free to play game. One positive side of the game is the fact that you have an opportunity of joining the ever-growing community.

Alternatively, you can have a chance of coming up with your own team, make transfers as well as selecting your tactics and line-up all aimed at scaling your way up the national league system.

While it has simple graphics, you can derive a lot of fun from this online football manager games, more so if you are just a one-time player looking for a game online to kill a few minutes a day. 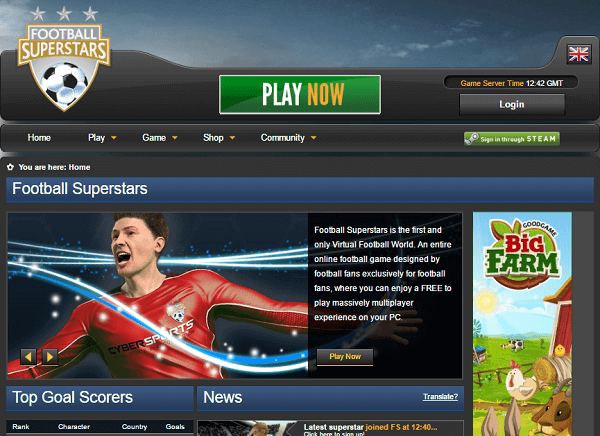 It is a free to play game and supports multiple players online. In football superstars, you have an opportunity of creating and customizing your own player to look like a live footballer.

The main events of this game usually take place on the training ground and pitch where you can improve your players capabilities by featuring him in matches and training. The game has the Player Managed Clubs where you have an opportunity of creating players and recruiting other people online to join the club.

Unlike other online football manager games, Pitchside Manager gives you an opportunity of accessing the games on a daily basis.

This game is suitable to a hardcore online football manager who is working hard to take his football manager stats to a next level. It is also another detailed game and offers a player additional features that you will not come across in other games online. 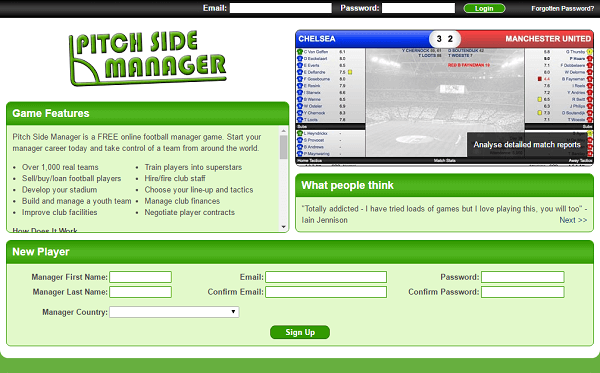 Interesting enough, they also have the youth system, just like the top leagues around the world, where you can develop young talent and feed them to the first team with time.

Moreover, you will have to enter into negotiation with the players on their contracts and try to retain them at your club. As if this is not enough, you will also have an opportunity of enhancing your stadium and improving your training facilities.

Whereas most of the online football manager games online are text-based, the striker manager game gives you the option of viewing all the match highlights through the 2D match engine.

This is probably one of the best football manager games online according to most of the players. However, I will not rate it highly simply because of one reason.

While this game is generally brilliant, I feel that Goal United has spoilt the fun and experience of the game by charging players. Visually, the game has one of the best graphics but it also has some areas that I feel don’t meet my expectations.

Anyways, I will still recommend any interested football manager to play the game as many people online praise the game.

This is one of the best online football manager games and was voted the best sports MMO game of 2013. Personally, I’ve spent so many hours playing this game trying to find the next undiscovered star or bargaining for a player in the transfer market.

My favorite aspect in the offline football manager is the fact that I was able to play league matches on a daily basis as well as organizing tournaments and friendly matches for players from other parts of the world.

Nevertheless, just like other games online, the Offline Football Manager game has its shortcomings. It has prominent features that are missing.

For example, one cannot be able to loan players to other clubs. Moreover, it has the pro feature that requires you to pay some money so that you can have access to other additional features.

This online game strikes the balance right in virtually every feature of a football management. It has the premium service for all the players who wish to access additional features, but if you wish to play for free, they also have the free game play. With the premium service, you have the opportunity of playing without watching ads.

They also have a realistic match engine, which allows you to watch the game in real life or watch the highlights without any difficulty.

The game also has a detailed stadium editor that gives you the opportunity of building facilities around the stadium, improve in the seating and floodlights so that you can earn more money and reduce the injuries that the players may experience during the bad weather.